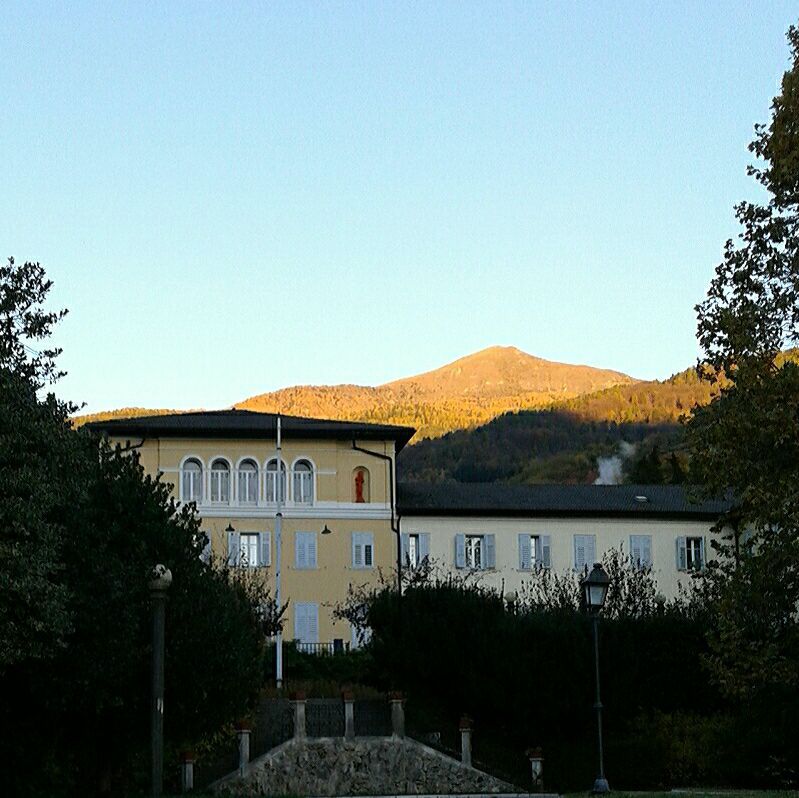 The legend of King Fravort.

South of the Dolomites, hidden in the depths of the rock of Mount Fravort, lies the spring of the arsenic ferouginous thermal water....

Once upon a time, there lived a king named Fravort who had 3 sons; Cupro, the oldest, had copper red hair but was jealous of his cousin Auro’s golden curls. The second son, Sidero, was hard like iron, with dark eyes and dark hair, and had an indomitable will.  The third, Cobaldo, was born with steel coloured hair and was strongly influenced by the Moon.

The three of them went wandering around the world. Cupro spread fine arts and created shining household utensils, but he was also involved in cheating, disorder and disillusion, driven by envy of his golden cousin Auro. Sidero taught how to build utensils for the house and for the work, but also tools used in killing and war, and became a bearer of doom. Cobaldo revealed to healers useful recipes, but also poisonous mixtures which brought death and sorrow.

Their father, desperate, invoked a divine punishment for the three wicked sons. The three brothers were shut inside a mountain where, after realizing what they had done, started weeping, and those tears brought many benefits to human kind.

The Levico Spring - the water that heals.